Rippin' Rope Lacrosse's mission is to provide its boys and girls campers with a learning experience where players can have fun, learn about the right way to play the game of lacrosse, and be exposed to the life values of hard work, physical education, camaraderie, and positive self-esteem.  Many successful local players have participated in Rippin' Rope Lacrosse camps and club teams over the years.  A sizable portion of these athletes has enjoyed great success at the middle school, high school, and even college ranks. Rippin' Rope Lacrosse is proud to have contributed to the growth of these players.    See the ALUMNI  page.

Rippin' Rope Lacrosse programs are designed for boys and girls from ages 7 and up, as old as those entering senior year in HS, looking for improvement with all lacrosse skills, concepts, and strategy at each position on the field.  All skill levels are welcome depending on the type of program in which someone is interested. 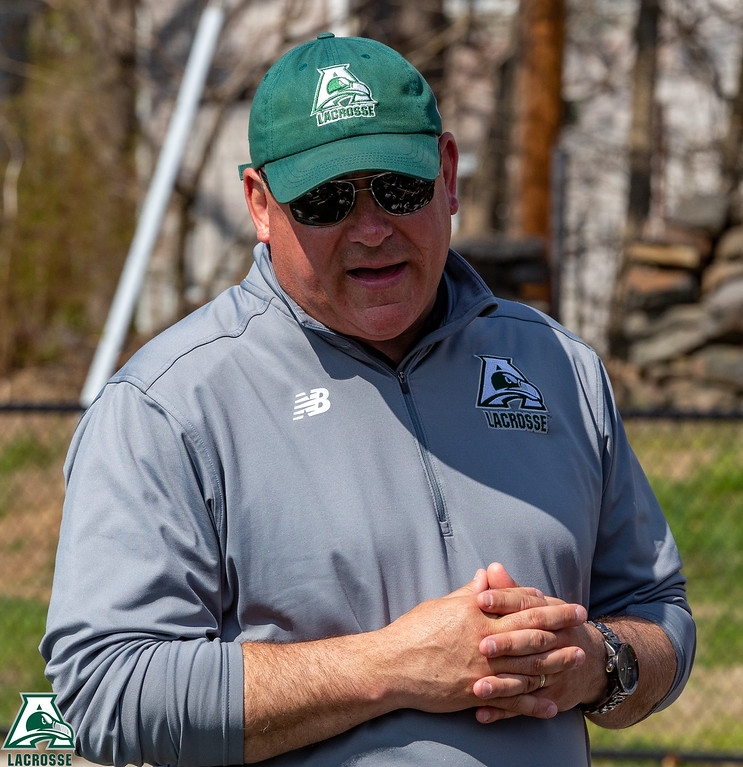 In Summer 2022, Rippin' Rope Lacrosse celebrates 20 years of producing quality day camp lacrosse programs. We've grown from a one-week camp for 22 boys in 2003, to a program that has since witnessed the education of over 1,800 boys and girls through one-week camp venues, skills clinics, and club teams. Coach Duncan is currently Head Boys' Lacrosse Coach at Archmere Academy and, most recently in 2021, guided the Auks to a 15-3 record and state semifinal appearance.  Head varsity coach at Caravel Academy in Bear, DE in 2012 and 2013.  Caravel earned a school-record number of wins in Duncan's first season (9) and second season (12).  Selected Delaware Coach of the Year in 2012.  Head coach at Tatnall School for eight seasons from 2004 through 2011. Overall coaching record of 198-90 in 18 seasons as high school head coach. Has coached 17 U.S. Lacrosse High School All-Americans, including three selected State Player of the Year (2006, 2016, 2019), and six Academic All-Americans. Over 50 former players have gone on to play NCAA lacrosse, including Delaware, Princeton, Hofstra, Bucknell, Colgate, Drexel, St. John's F&M, UMBC, Ursinus, Rutgers, Widener, Haverford, or collegiate club lacrosse. Guided teams to Delaware Independent School Conference (DISC) championships 2004-2007, and Diamond State Athletic Conference (DSAC) championships in 2014, 2015, 2017-2019, and 2021.  Teams have advanced to the Delaware State championship game in 2006 and state semifinals in 2004, 2009, 2016, 2019, and 2021.  DSAC Coach of the Year in 2014 and 2017, 2018, and 2019.  Served as an assistant coach at Tower Hill School in 2002 and 2003 when Hillers advanced to the state championship game. Selected to coach Delaware Senior All-Star Game in 2008, 2010, 2012, 2014-2016, 2018, and 2021. Raised in Mountain Lakes, New Jersey where he was an All-American and starter on state championship teams in 1995 and 1996. Played in high school for Tim Flynn, head coach of the 2012 USA Men's U-19 World Championship team. Former letter winner at the University of Delaware. While at UD, the Blue Hens made the NCAA tournament quarterfinals in 1999 before losing to eventual champion Virginia.  Pete has a B.A. in English from the University of Delaware and a Masters of Secondary Education from Wilmington University. Delaware Interscholastic Boys Lacrosse Coaches Association executive committee as North Vice-President 2010-2021. DIAA Boys Lacrosse State Tournament Committee member. Chosen as tryouts selector for the 2012 U.S. Men's National Under-19 Team. Has coached club and recreation lacrosse for 302 Lacrosse Club, PA Roughriders, Wilmington Wings, and Brotherly Love LC, and is also a certified lacrosse official.  Pete teaches English Language Arts at Centreville Layton School and is a licensed real estate agent for The Mottola Group in Greenville, Delaware.  He resides in Wilmington with his wife Kristin, his daughter Emelia, sons, Drew and Quin, and Golden Retriever, Piper.

Would you like Rippin' Rope Lacrosse to train your team or work with your program?

Rippin' Rope Lacrosse has expertise in program development and working with coaches to meet their goals and expectations.

Please contact Pete Duncan at This email address is being protected from spambots. You need JavaScript enabled to view it. to discuss team training options.

"Wilmington Lacrosse applauds Rippin' Rope Lacrosse for the opportunities that it has created for the beginning lacrosse player and ones who desire to improve his or her skills through clinics and camps. The success of Rippin' Rope is a testament to the excellent teaching and coaching that players receive on all levels."

A Day at a Rippin' Rope Camp

8:45 am - Arrive each day on time; approximately 10-15 minutes early, get on your proper equipment (including Rippin' Rope reversible), begin to throw the ball around, shoot, stretch on your own.

9:00 am - Camp meeting as a group. Teaching points of emphasis discussed. Announcements are made, any questions and/or concerns can be brought up.

9:10 - Counselors lead camp stretch and footwork to get loose and heart rate going.

9:15 - Break up into station drills by age, skill level, and/or gender. At least one staff member at each station. 6 stations usually for about 10 minutes each Ex. shooting, offensive moves around crease, "triple threat" drill, defensive footwork

11:00 - (mid-camp) Break for a light snack.  The guest speaker for the day is usually during this time.

1:00 - End of camp. Make sure to pick up your belongings. Grab a coach for some extra work.